How did you get started in the field of Politics and International Studies? What drew you to the subject matter of your first book?

When I first started university as an undergraduate, I had my heart set on a career in either international aid work or diplomacy and I wanted to live and work mainly in Europe. It was a lecture on Arab nationalism, as part of a course on international politics, that had the greatest impression on me. To this day questions of identity and national belonging inform my research interests. I quickly began to realize that my interests lay beyond Europe, and at the end of my first year I took the decision to switch my degree from Development Studies and German to Arabic and Middle Eastern Studies. I sent my transfer application in late and went off backpacking in India for the summer, not knowing if it had been accepted. I returned a week before the start of term and found that it had been accepted, and everything changed from that point onward. Arabic became my primary focus. Then, I spent a year in Alexandria where I made many friends among the Coptic community. My time there sealed my interest in modern Egypt. When I came back to academia to do a PhD, after a break from university to do charity work, it was the contemporary politics of Christians in the Middle East, and particularly in Egypt, that seemed the clear choice of topic for my research. At the time, it was very much an understudied topic since Middle East politics scholarship in the post-9/11 climate myopically focused on issues of Islamism, terrorism, and security. Coptic politics, and particularly the issue of sectarian attacks, was also avoided in public discourse in Egypt. This actually began to change around the time I started my PhD studies, which coincided with protests in Alexandria in 2005 that led to attacks on Christians. As a result, the press began to break some of the taboos that had previously prevented the public discussion of attacks on churches and Christians. This led me to focus on how violent clashes between Muslims and Christians were portrayed in the media, as well as how Egyptians, both Muslim and Christian, constructed ideas of national identity and belonging using the media. The resulting thesis later became my first monograph titled Sectarian Conflict in Egypt: Coptic Media, Identity and Representation, published in 2012.

Considering the state of Middle East Studies more generally, and Egyptian studies particularly, what topics and issues would you like to see addressed?

An aspect of Middle East Studies that has evolved for the better in recent years, mainly since the Arab uprisings, is the increased attention given to the ethnic, religious, and linguistic diversity of the region. Studies of the Middle East tended to be dominated by either the lens of Islamism or that of Arabism, so that the actual heterogeneity of the region’s peoples was obscured. Some of the most pressing problems were overlooked or ignored. The question of citizenship and its reformulation to support pluralism and equality is foundational to evolving a local culture that can support solutions to the issues that have traditionally dominated discussion about the Middle East, such as enduring authoritarianism, democracy, deficits, and insecurity.

Given your current or past interest in Egypt’s Coptic populations, how would you frame the issue of Coptic belonging in Egypt and its diasporas?

The question of Coptic belonging and identity is fascinating. In general, my study of Coptic identity is always framed in relation to questions of national belonging and the homeland, because I believe that you can’t understand Copts without understanding Egypt and vice versa. As we all know, historically Copt simply meant Egyptian and this is reflected in the centrality that the land and history of Egypt has in Coptic identity. As well as this deep connection with the territory of Egypt, Copts are very aware of the place of Egypt and Egyptians in the development of early Christian theology and history. This reinforces the connection between the nationalist and the religious aspects of Coptic identity so that they form two sides of the same coin. This deep connection has been challenged by various forms of marginalization and exclusion, and in the modern world emigration has become a further challenge to the community. As the diaspora grows, the way the Coptic community develops its community structures and global connections requires innovation. One of the ways I have explored this is the use of media and the way that the Church uses media to support its role as a connecting force for a global Coptic community. Others, such as Mariz Tadros, Febe Armanios, Nelly Van Doorn Harder, Ghada Botros, Donald Westbrook, and Saad Michael Saad have explored the contemporary dynamics influencing the organization of the Coptic community in more depth. As diasporas grow so does academic interest in this aspect of Coptic studies.

As scholars, what sort of impact do you believe we should have in the increasingly xenophobic and Islamophobic climate in North America and Europe?

As a scholar, I try to be above politics and provide objective research on issues of social and political importance. Remaining objective and pursuing an independent research agenda are vital if we are to avoid becoming consumed by fake news or pushed towards certain economic, social, or political agendas. Scholars need to provide the background to events; the in-depth analysis stemming from long-term, independent research and thought that enables alternative interpretations and solutions to be voiced. I think this is the unique perspective that scholars can provide. This kind of impact may sometimes be less obvious but it’s no less useful. I think it is the job of scholars of contemporary social and political sciences to identify problems before they become news, and to stick with them long after media interest has moved on. Otherwise, sustainable solutions can never be achieved. It was this conviction that motivated me to pursue academia as a way to engage in longer term social and political issues I had encountered in Egypt and this has always shaped the topics I research.

Are you working on a new project? What topics and themes do you hope to address in your future work?

I continue to keep coming back to the topic that first sparked my interest in Arabic and Middle Eastern studies; national identity and how ideas of belonging are formed, maintained, and operationalized. Having focused very much on contemporary events in my career so far, I felt the need at this point to take a step back to trace the evolution of my research concerns in more depth. In my current work, I am focusing on the historical and intellectual development of certain concepts in the Middle East such as inclusion, tolerance, and minority. Egypt and the religious/national identity of non-Muslims are at the center of this project too, although I am also shifting my focus East to Iraq and the Arabian Gulf to study the discourses that newly independent or newly formed states employ in building the idea of nation and national identity.  Copts, as ever, will be central to my empirical discussion of these questions. The prominent role that Copts have played in Egyptian political history is instructive and I am particularly fascinated by the debates regarding questions such as whether to label Copts as a minority and whether a Coptic parliamentary quota would be positive or negative for expanding inclusion. These discussions were prominent during the drafting of the 1923 constitution and recur periodically into the present time. I think that discussions of such concepts, as they relate to national belonging and citizenship are at the heart of many of the internal struggles that we see in the Middle East. And so, Egypt’s long experience is highly relevant not only for Copts but for the whole region.

Egypt Migrations is always looking for people to contribute to our digital initiatives. Please contact team@egyptmigrations.com if you would like to join or support the organization.

Elizabeth Monier is a Leverhulme Early Career Fellow in the Department of Middle East Studies, University of Cambridge. She completed her PhD at the University of Cambridge in 2011 in Politics and International Studies. Her thesis focused on the social and political aspects of the national and communal belonging of Coptic Christians in modern Egypt, and in particular the use of the media to manage, contest and negotiate identities, notions of citizenship, and representations of sectarian conflict. Elizabeth is interested in issues of identity and the nation, especially in regards to the history and politics of Christians in Egypt, Iraq, Kuwait, Bahrain and Oman. Her current research includes a conceptual history approach to ‘minorities’, sectarianism and the nation in the Arabic speaking world, focusing on Egypt and Iraq. She is the author of Sectarian Conflict in Egypt: Coptic media, identity and representation (Routledge, 2012) and Regional Insecurity After the Arab Uprisings (Palgrave MacMillan, 2015). 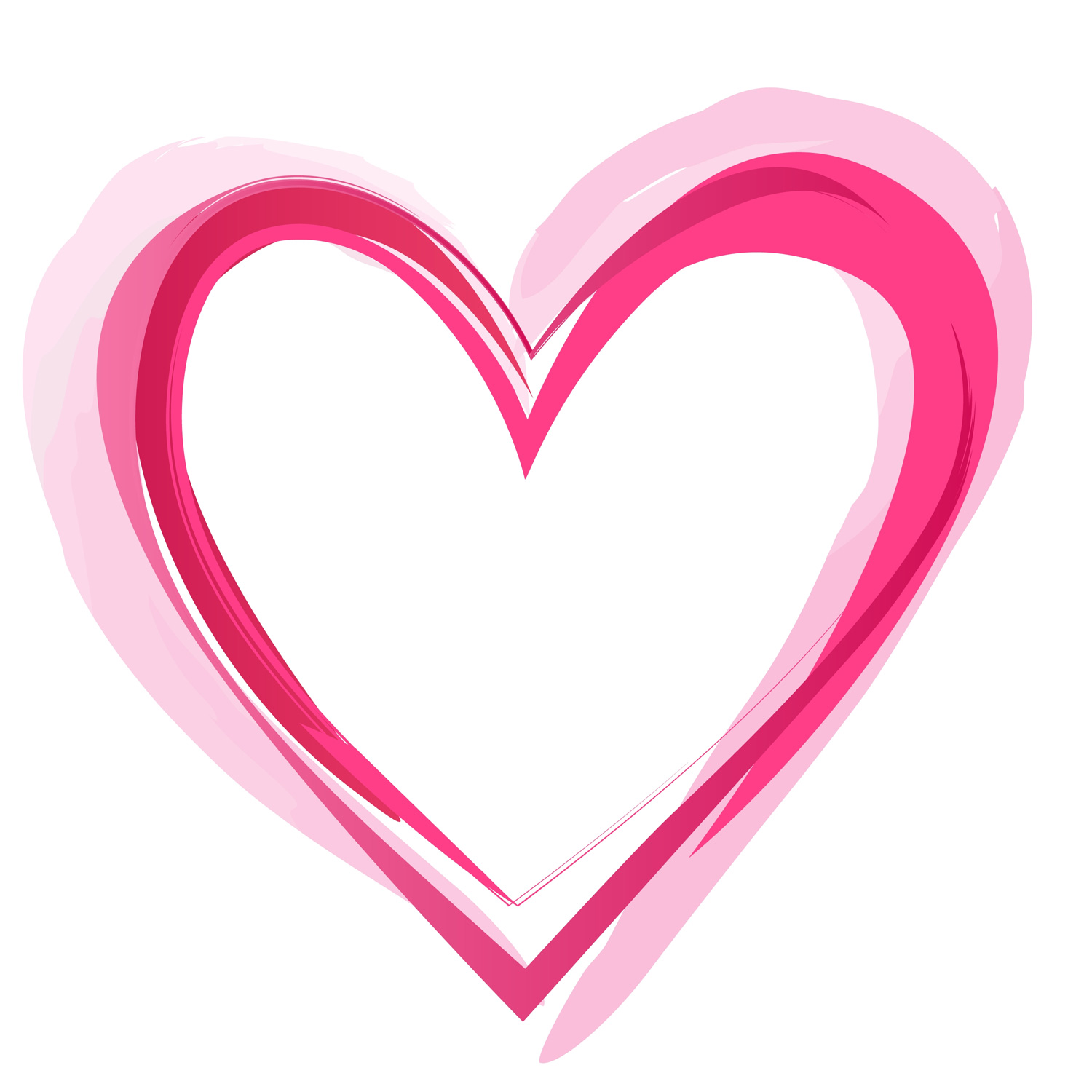